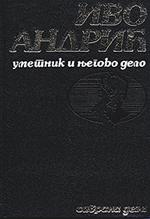 Andrić wrote a number of essays, reviews and articles which were scattered through various newspapers and periodical. They were collected since writer’s death, in three books of essays, “The Artist and His Work”, “History and legend”, and “Paths, Faces, Landscapes”.